The family dog, Jack, is a constant source of entertainment to all who see him. He has elected himself to wage war with the local rabbit population, and only last week he rounded up another victim and brought it out for those present to approve. Jack is part Jack Russell who was rescued from an animal welfare group by Beth and the girls. 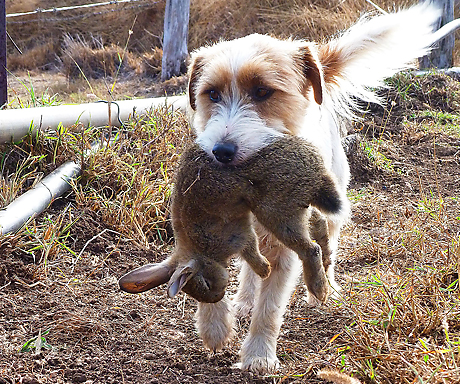