• 2,500 acres
• Two bores
• Access to water from the Fitzroy River
• A mixture of red and brown or black and very fertile soil
• Buffel grass, green panic and Rhodes grass with some siratro along the gullies
• Solar pump
• Mustering on horses, quad bikes and  foot 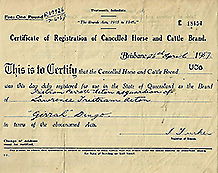 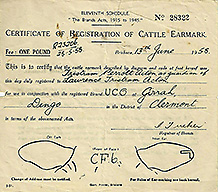 a little bit of history 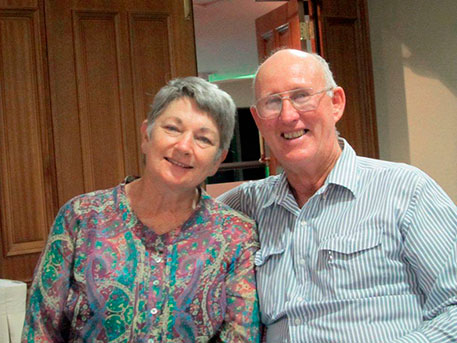 Larry and Beth Acton moved to Riverton in November 2007. Larry has been breeding Braford cattle for more than 40 years now, and is very proud that the Society Management Committee invited him to accept the position of Patron of the breed almost 10 years ago. The position allows him to spread his passion for these high performing adaptable cattle far and wide.

Larry and Beth spent 30 years at Riverview on the Mackenzie River in the Central Highlands of Queensland and during that time they ran a herd of Braford commercial cattle and finished around 400 to 500 bullocks each year in most seasons. Larry grew up on his father’s property, Girrah, also in the Central Highlands, and has spent all his life in the bush with cattle except for five years at boarding school in Brisbane. Beth was the Senior Mistress at the Blackwater High School prior to their marriage, and grew up on a farm north-west of Gladstone.

About two years before the Actons sold Riverview, they bought Riverton and continued to run commercial Brafords on both places. Then in 2007, having sold their long term home, they moved down to the smaller place on the Fitzroy River. At that time Riverton was 2500 acres of beautiful scrub soils, pretty dry and bare, and basically no buildings or infrastructure to be seen. Some hasty decisions and quickly a small transportable cottage arrived so they didn’t need to camp rough as they had when first married.

There followed a period of intense activity with sheds being built and plenty of fencing and yard building, and after 18 months, work started on a new house. Just prior to Christmas in 2009, the whole family arrived and helped move into the new house. The extended family included two daughters and a son plus a son-in-law and daughter-in-law and two grand-daughters. Christine, Richard and Julie are now all in their thirties, and the two grand-daughters are both at Primary School.

Christine and her husband, Bob, live at Bargara near Bundaberg. Richard and Adele and their two girls live south of Biloela. Richard juggles his time between a position of workshop supervisor at the Callide coal-mine, and helping Adele to look after their Droughtmaster stud and commercial herd. Julie works in police headquarters in Brisbane. 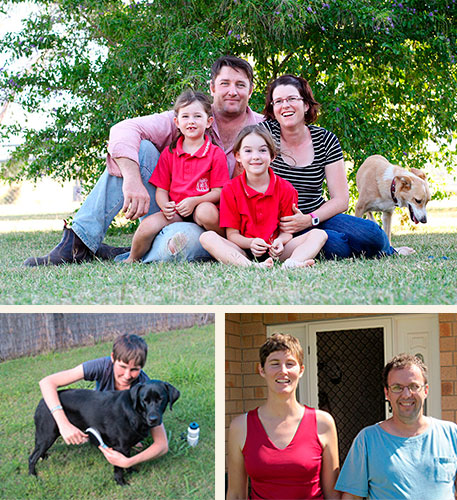 Riverton lies in a very fertile valley between two ranges of basalt hills, next to the Fitzroy river. The south-western boundary runs along the edge of one of the range of hills, and the house and sheds are on the lower part of these hills on nice red scrub soils. The vast majority of the place was originally brigalow and softwood scrub, so the soils are a mixture of red and brown or black and very fertile. In normal seasons, the country carries a heavy body of buffel grass, green panic and Rhodes grass, with some siratro along the gullies.

The place is quite fortunate in that there is a variety of water for the cattle and the household. When they took over in 2007, there was a dam at one end and a windmill on a bore in the centre. Since moving to Riverton they have put down another bore and equipped it with a solar pump which can supply the entire place if necessary. The real asset though is access to unlimited water in the river, and that is connected right throughout the place.

All the mustering and cattle-work at Riverview was done with horses, and the whole family was involved when they were home. Since moving to Riverton, mustering still gets done by horses some of the time, but quad bikes are being used more and more for convenience. The cattle however are quite used to horses, bikes and people on foot, and much time is spent educating the young cattle to all methods.

Because the place is adjacent to the Fitzroy River, access is sometimes interrupted for considerable periods by flooding. The place itself however has no immediate impact by flooding from the River though a small area of about 50 acres was inundated in early 2011.  At that time, the Fitzroy River reached 27 metres, and the road was cut for over three weeks. Larry and Beth are used to that inconvenience though, because they lived on the wrong side of the Mackenzie River for over 35 years.

Larry’s other passion is his racehorses, some of which have been moderately successful – enough to keep the involvement interesting. Beth loves family history, and takes some moving from the computer once she finds a new lead.